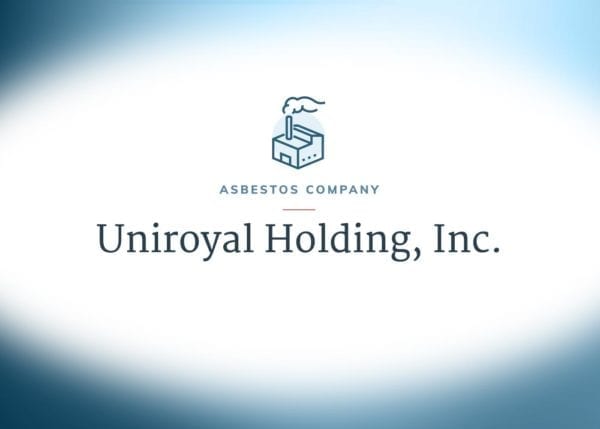 Uniroyal Holding, Inc. was founded as the United States Rubber Company in 1892 with an initial focus on creating tires and other synthetic rubber goods. The company was the result of a merger of several separate rubber manufacturers in Naugatuck, Connecticut. Throughout the next few decades, the company grew rapidly with ventures in footwear and the automotive industry.

The U.S. Rubber Company began acquiring other businesses as it grew, in an effort to continue expanding its reach and become involved in other markets. One of its first subsidiaries was the Mishawaka Woolen Manufacturing Company in 1922. Mishawaka was known for its Ball-Band footwear, which U.S. Rubber Co. continued making for some years. The company saw increased success during World War I, creating rubber fuel cells for the military and employing more than 10,000 workers in the Mishawaka factory alone.

In 1931, the company bought a large portion of Gillette Safety Tire Company in Eau Claire, Wisconsin, to secure a larger portion of the tire market. Uniroyal fully owned Gillette Tire Company by 1940 and grew its operations in the Wisconsin plant for the next several decades. By 1965, it was the third largest tire factory in the nation.

U.S. Rubber Company changed its name to Uniroyal in 1964 to help create unity between all of its different product lines.

Around this time, Uniroyal had greatly differentiated its offerings into other markets and began heavily relying on asbestos in its goods and production. Through its various subsidiaries, the company produced industrial chemicals, coated fabrics and more. Among its most notable asbestos products were fireproof textiles and Asbeston, a lagging cloth, which were produced between 1941 and 1976. Reports show the company ceased use of asbestos once it stopped producing these goods.

As Uniroyal ventured into new industries, its reliance on asbestos grew and more people risked exposure. One of its most popular products was Asbeston, a lightweight lagging cloth. Asbeston and other lagging cloths are fabrics that can be used to repair or cover insulation. Lagging cloths were used most frequently in ship repair, and shipyards frequently bought large quantities.

Reports suggest that Uniroyal stopped using asbestos in its products in 1976.

Uniroyal’s employee base fluctuated depending on the demand for tires and other products, but the company typically employed tens of thousands of workers at a time within its different factories and industries. As a result, numerous workers employed by Uniroyal, the company’s subsidiaries and other companies that utilized Uniroyal products all faced asbestos exposure.

In 1986, the Centers for Disease Control and Prevention studied the impact of toxic exposure on 987 workers over the age of 40 in different rubber plants, including several Uniroyal plants. Data across these plants showed workers were often exposed to asbestos that exceeded the Occupational Safety and Health Administration’s permissible exposure limit of 2 fibers per cubic centimeter. The study noted various asbestos products within the plants that could cause exposure, including pipes, insulation and boilers, as well as inhaled asbestos debris.

In screenings of the workers at the time, doctors found 24 who showed signs of asbestos exposure. These workers had plaques on their chest walls or diaphragms, as well as chest-wall-thickening in some cases.

Occupations Impacted by Uniroyal’s Asbestos Use

Have a Question About Asbestos Exposure and Uniroyal Holding, Inc.?

As a result of its past asbestos use, Uniroyal has been involved in several environmental lawsuits stemming from its old factories. Mishawaka, Indiana, for instance, sued Uniroyal in 2007 for funds to clean up the old rubber factory that had been closed since 1997. Uniroyal operated the plant since 1922, though transferred the factory to its subsidiary, Uniroyal Plastics, in 1985. The U.S. Environmental Protection Agency (EPA) later investigated the factory, citing toxic wastes like asbestos. As a result, the EPA offered assistance of more than $1.5 million for cleanup of the site. Uniroyal later reached an agreement to contribute $100,000 to the cleanup costs.

In addition to Uniroyal’s environmental impact, the company exposed hundreds of thousands of employees to asbestos. It has been named in numerous mesothelioma and asbestos lawsuits over the years and remains a common defendant today. If you believe you or a loved one was exposed, learn how a mesothelioma lawyer can help.

One such case was brought forward by Gary Allen, who developed lung cancer after asbestos exposure caused by Uniroyal Holding, Inc. Allen’s father worked as an insulator at the Puget Sound Naval Shipyard for 25 years. Allen experienced secondary exposure, as his father would unknowingly bring home asbestos fibers on his clothing. In the original case, the jury sided with Uniroyal, stating that Allen didn’t present enough evidence of asbestos contamination.

Allen appealed the decision. Again, Uniroyal argued that Allen couldn’t prove that its products led to asbestos exposure, but he was able to produce receipts of Asbeston use at the shipyard. The jury overturned the summary judgment and a retrial was ordered, giving the claimant an opportunity to receive compensation.