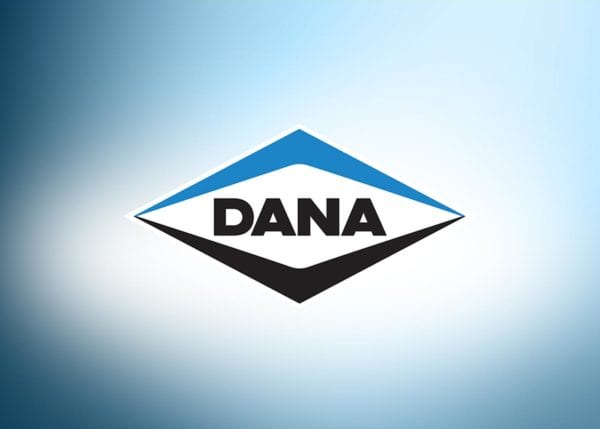 Dana Corporation History of Asbestos Use

Dana Corporation was founded in Plainfield, New Jersey. The company was established in 1904 as the Spicer Company. It manufactured automotive parts for a variety of American automobile manufacturers, including Buick, Oldsmobile and the American Motor Car Company.

In 1928, the Spicer Company relocated its offices to Toledo, Ohio. The company expanded its operations after the move, with more than 10,000 employees by 1944. In 1946, it became the Dana Corporation.

During these early years, some of the automotive parts Dana Corporation manufactured contained asbestos, such as its brake linings. This put thousands of its employees at risk of exposure during the manufacturing process. Employees for automobile manufacturers, mechanics and consumers also risked exposure to Dana Corporation’s products. Those exposed to asbestos risked developing asbestos-related diseases, including mesothelioma and asbestosis.

The company experienced success during these years but began to face financial troubles in the 1990s and early 2000s.

Dana Corporation, however, wanted to handle the claims after emerging from bankruptcy and avoid creating a trust fund. In 2007, the company paid a $2 million settlement to resolve 7,500 asbestos claims.

Dana Corporation was able to emerge from bankruptcy in 2008. The company put aside $240 million around this time to handle current and future asbestos lawsuits.

Today, Dana Corporation continues to operate under the name Dana Incorporated. In 2020, it reported sales above $7 billion. The company continues to pay claimants through a trust fund created for employees. Enstar Holdings, an insurance group, acquired Dana Corporation in 2016 and also handles asbestos claims.

Asbestos has been widely used in auto parts manufacturing in the past because of its heat-resistant properties. It’s often used in parts that face high levels of friction, as well as parts that produce excessive heat. Asbestos was a popular additive to prevent overheating and fire.

From the 1920s through the 1980s, Dana Corporation was known for using asbestos in a broad range of its manufacturing processes. Exposure to its asbestos products has led to asbestos-related illnesses for many laborers who worked for the company. Workers in plants its parts were used in, such as Buick manufacturing plants, also faced dangerous exposure.

Asbestos products manufactured by Dana Corporation include but are not limited to:

Those who worked with auto parts manufactured by Dana Corporation, whether in a professional setting or at home, also risked exposure. Additionally, family members and other loved ones of these workers may have risked secondhand exposure. Workers could unknowingly come home with asbestos fibers on their clothing, skin or hair.

While consumers who drove vehicles with Dana Corporation’s products may have risked exposure, those who manufactured, repaired and disassembled these parts faced the greatest risks.

As of 2007, there were approximately 150,000 pending asbestos claims against Dana Corporation. As the company reorganized and filed for bankruptcy that year, it set aside $240 million to settle these and future asbestos lawsuits.

Various former employees and consumers of the company’s asbestos-containing automotive parts have filed successful claims against Dana Corporation. Some of these lawsuits have resulted in large settlements. If you believe you or a loved one is entitled to compensation, learn how a mesothelioma lawyer can help.

This long-time exposure led to Robaey’s peritoneal mesothelioma diagnosis in November 2012. She filed a claim against Dana Corporation and four other asbestos manufacturers.

Dana Corporation was determined to be 40% liable for her injuries. Altogether, Robaey was awarded $75 million.

Have a Question About Asbestos Exposure and Dana Corporation?

As part of its bankruptcy proceedings, Dana Corporation established a trust fund in 2007 called the Voluntary Employee Beneficiary Association (VEBA). VEBA provides funding for asbestos-related medical expenses for anyone who was exposed to asbestos while working for the company. This trust fund was created as part of a settlement with United Auto Workers and United Steelworkers. It includes $700 million in cash, as well as $800 million in company stock.

Consumers and non-employees of Dana Corporation who developed an asbestos-related disease after exposure to the company’s products cannot seek compensation through VEBA. Instead, these victims can file a claim against the company’s current owner, Enstar Holdings.