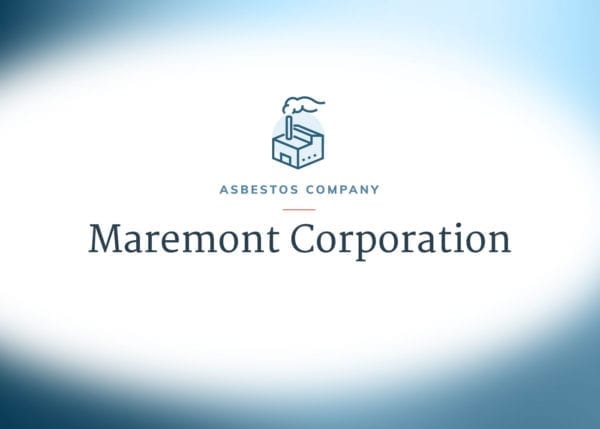 Maremont Corporation History of Asbestos Use

Maremont Corporation was founded in 1877 as a manufacturer and distributor of parts for wagons, stagecoaches and streetcars. The company was headquartered in Chicago, Illinois.

As Maremont grew and technology advanced, the company moved into the automotive market, making products for the country’s first mass-produced vehicles.

Maremont continued to expand throughout the mid-20th century, expanding internationally to South America and Europe. During this time, the company began manufacturing aftermarket automotive products, which were replacement parts not originally included in vehicles.

Maremont’s use of asbestos began in 1953, when the company acquired the manufacturing business of “Grizzly Brakes.” With this purchase, Maremont began manufacturing and distributing aftermarket friction products.

In 1954, Maremont also started manufacturing aftermarket mufflers that contained asbestos-wrapped sealing components. These products were sold under the trademarked names “Maremont” and “Pratt.”

Maremont’s manufacturing and distribution of asbestos-containing car parts caused asbestos exposure among thousands of individuals who handled its products. Around the time of its use, researchers were making clear connections between asbestos and health risks. For instance, a historical asbestos study connected the mineral to mesothelioma in 1960.

In 1977, Marmont divested its asbestos friction business to Nuturn Corporation, another automotive parts manufacturer, and discontinued asbestos mufflers in 1978. The sale marked the end of the company’s use of asbestos.

Documents state that after 1978, Maremont no longer manufactured or sold asbestos products. However, after the sale, Maremont retained 20% ownership in Nuturn Corporation until 1980.

Maremont has faced thousands of asbestos lawsuits stemming from its 25 years of asbestos use. Many individuals who came into contact with Maremont’s products later developed asbestos-related diseases.

The growing number of asbestos claims led the company to file for Chapter 11 bankruptcy in 2019. A $28 million asbestos trust has since been created to compensate current and future victims of asbestos exposure.

Prior to the 1980s, asbestos was commonly added to automotive parts to increase durability and heat-resistance. Automotive parts are often subject to high levels of heat and friction, making asbestos a valuable and inexpensive additive.

Maremont used asbestos in its friction and exhaust products from 1953 until 1978. The company’s asbestos products were largely replacement parts sold in the auto repair industry. Maremont distributed and sold its products under several trade names, such as Grizzly, Pratt, Maremont and Leland. These asbestos products included:

As a result of the frequent use of asbestos in automotive parts, professionals who worked in the automotive industry were at risk of asbestos exposure. Maremont employees who manufactured and installed the company’s asbestos products between 1953 and 1978 were among the most at risk.

Maremont’s history of manufacturing asbestos-containing replacement parts also put car mechanics and automotive parts store employees at risk. For instance, mechanics who handled brakes and mufflers made by Maremont may have inhaled airborne asbestos fibers during the installation process.

Maremont began to face asbestos lawsuits in the early 1980s and has since been named in thousands of claims. Workers, consumers and others have filed lawsuits against Maremont after developing mesothelioma or other asbestos-related diseases.

From 1997 to 2002, Maremont paid approximately $52 million to asbestos exposure victims. As of December 2018, the company faced more than 1,900 open asbestos claims. Because of the ongoing litigation costs, Maremont filed for Chapter 11 bankruptcy.

After filing for bankruptcy, Maremont established an asbestos trust fund to pay victims of exposure. Maremont is still named in lawsuits today and pays out claimants from its trust fund.

Questions About Filing a Claim Against Maremont Corporation?

Since the 1980s, Maremont has paid out millions of dollars in asbestos lawsuits and continues to be named in claims today. In 2019, Maremont filed for Chapter 11 bankruptcy as a result of the rising cost of its asbestos litigation.

The current payment percentage for successful claims is 29.1%.

Meritor, Maremont’s parent company, filed for bankruptcy after its asbestos claimants voted in favor of a reorganization plan. The plan was developed to resolve current and future asbestos claims by establishing a $28 million asbestos trust fund.

The reorganization transferred all of Maremont’s assets to the trust fund, making the company no longer operable under Meritor. The Maremont trust fund continues to compensate victims of mesothelioma and other asbestos-related diseases. If you believe you or a loved one is entitled to compensation, learn how a mesothelioma lawyer can help.