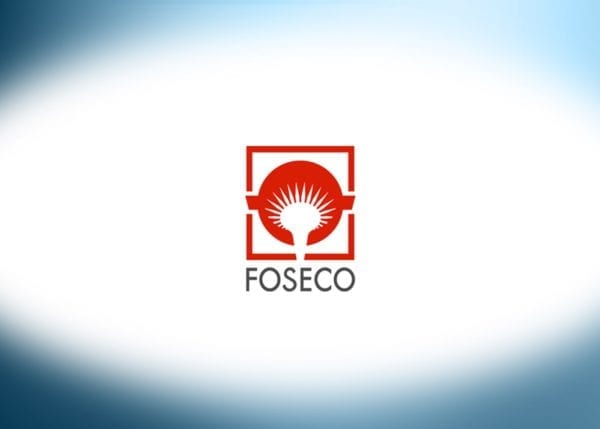 Foseco Inc. History of Asbestos Use

In 1932, Weiss, who was commercially savvy, and Dr. Strauss, a chemist, began by producing just six products under the Foundry Services Ltd. name. The two men purposefully started the company slowly, in order to perfect the handful of products offered as they learned more about their customer base. These initial flux products were asbestos-free, as were their Feedex powder and Ferrux anti-piping covers, both developed in the 1940s.

It wasn’t until around 1962 that the company began adding asbestos to their product line. Asbestos, with its insulating ability and heat- and fire-resistance, was initially seen as beneficial to those in the foundry business. The products produced by Foseco Inc. needed to be able to withstand incredible temperatures when metals are melted within the automotive, construction and casting industries.

A Foseco patent filed in 1968 shows that the company was actively using two different kinds of asbestos within its hot top products to achieve the required durability. The hot top patent lists amosite and chrysotile asbestos as ingredients, which were used to maintain the temperature of molten steel. According to the patent, Foseco was using anywhere from 1 – 10% of asbestos in the hot tops.

Foseco continued to use asbestos within their product line until 1976.

However, their past use of asbestos, and the resulting health and legal implications of the toxin, did not slow the growth of Foseco. The company remained a strong player in the foundry consumables industry, even when other manufacturers who used asbestos in their products faced crippling asbestos litigation costs.

Their strength in the industry led Pyrotek, a foundry company specializing in aluminum, to purchase Foseco in 1999. Pyrotek saw the company as a way to significantly increase its revenue. Nine years later, Pyrotek sold Foseco to its current parent company, Vesuvius.

Foseco products did not always contain asbestos. The refinery support materials produced between their founding in 1932 and 1962 were free from the carcinogen. It wasn’t until the early 1960s that the cancer-causing additive was included in their production process.

Foseco refractory products included asbestos between 1962 and 1976. The most notable of the Foseco Inc. asbestos products was their hot top, which was used in refineries across the world.

Products manufactured by Foseco that are believed to have contained asbestos include, but are not limited to:

The inclusion of asbestos in Foseco Inc.’s hot top insulation was problematic for many reasons. The item required regular changing out and cleaning in order to continue to be effective as an insulator in the foundries. This maintenance was performed by a multitude of Foseco and other factory or foundry employees, all of whom may have inhaled asbestos fibers and are at risk of developing an asbestos-related disease.

One previous employee of Bethlehem Steel described his exposure to asbestos-containing Foseco Inc. hot tops during in a video testimony. He worked for the company between 1950 and 1983. According to the employee, the molds were cleaned with an air suction tube which extended into the mold. This hose was used to vacuum out the asbestos dust created by the hot top. Regular sweeping was also completed by employees to ensure that the asbestos dust wasn’t causing impurities in the steel. During the cleaning process, employees working with the molds, or in the nearby area, could easily inhale the airborne asbestos fibers.

Any employee who worked with or around Foseco Inc. products between 1962 and 1976 may have experienced occupational asbestos exposure.

Have a Question About Asbestos Exposure and Foseco Inc.?

Foseco Inc. has been named in thousands of asbestos lawsuits stemming from their past asbestos use. While some of these cases have been filed in the United States, the large reach of Foseco products and its multiple international factories has led to the filing of asbestos-related lawsuits worldwide.

For example, two brothers from England successfully filed cases against Foseco after the pair developed asbestos-related diseases due to their use of the company’s products throughout the 1960s. Robert Spencer was awarded 6,000 pounds (more than $7,000 dollars) after he developed pleural thickening from his occupational asbestos exposure. The estate of his late brother, David Spencer, was awarded 154,000 pounds (more than $185,000) after he developed and died of mesothelioma due to exposure to Foseco products.

The company continues to see lawsuits around the world for a number of asbestos diagnoses. In 2018, a Michigan man sued Foseco seeking at least $50,000 in compensatory damages. James T. Binion alleges he developed asbestos-related lung cancer after working with products manufactured, installed or sold by Foseco Inc., Brand Insulations Inc. and Eaton Corp, among others.

Despite the ongoing litigation, the company continues to grow and pay the victim claims from their own funds. If you believe you or a loved one is entitled to compensation, learn how a mesothelioma lawyer can help.

Many asbestos companies are forced to file for bankruptcy and set up an asbestos trust fund as a result of the high cost associated with asbestos litigation. However, Foseco Inc. has been paying asbestos victims out of pocket, without necessitating bankruptcy filing or the formation of a trust fund. By the mid-2000s, Foseco had paid more than $13 million to asbestos victims.

Those that believe they have been exposed to asbestos-containing Foseco products should seek medical attention and may be eligible for mesothelioma compensation to help pay for medical expenses and lost wages.