October 2007 was a tough month for Gina Martucci. She had recently lost her father and grandmother, and her beloved husband, Emanuel Costa, was diagnosed with peritoneal mesothelioma.

“The news devastated us all, it was awful, total shock,” Gina said. “I will never forget that moment for the rest of my life. It broke us all completely.”

Emanuel’s diagnosis came after three weeks of uncertainty, as the doctors struggled to pinpoint the cause of his symptoms. He was experiencing bloating, fatigue and pain on the right side of his abdomen. A mesothelioma diagnosis at his young age, 35-years-old, is rare and led doctors to not initially consider the asbestos cancer. Unfortunately, Emanuel’s exposure to the toxin began in his youth, which most likely caused him to develop the cancer so early in life.

Gina believes that her husband was exposed to asbestos during his years working as a mechanic and at Asbestos Canada. Emanuel started working in garages when he was just 16 years old.

In Canada, where Emanuel lived and worked his entire life, asbestos was used in a myriad of vehicle parts. When mechanics, like Emanuel, work with these asbestos-containing parts the asbestos fibers may become airborne, leading to inhalation or ingestion.

Asbestos fibers are commonly released when changing brakes or replacing transmission clutches. It wasn’t until 2019 that Canada completely banned asbestos, including in brake shoes and other automobile products. Prior to this ban, it’s estimated that each year more than 333,000 asbestos-containing brake pads were imported to the country.

In addition to his mechanic work, Emanuel also briefly worked at Asbestos Canada as a teen. Gina knows he removed asbestos while employed there and is not very hopeful about the safety precautions they had in place at the time.

“I do not know what kind of equipment he used,” she recalled. “But I am sure it is not like today.”

While Emanuel was a lifelong asbestos worker, prior to his diagnosis neither he nor his wife had ever heard of mesothelioma.

A Painful Diagnosis and Treatment

Following Emanuel’s peritoneal mesothelioma diagnosis, Gina quit her job and became his full-time caregiver. As she puts it, she turned her home into a hospital. 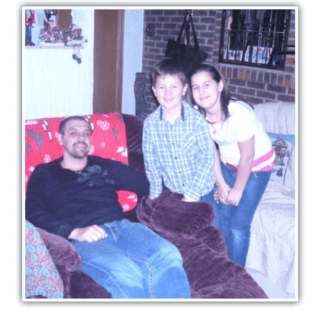 Emanuel with his two children.

Emanuel’s period of treatment was not only tough on him, but also on Gina and the two children they have together.

“They were at an age that they needed their father and they had to grow up seeing their father extremely sick,” Gina said of her kids, who were five and nine at the time of their father’s diagnosis.

Emanuel’s stage 4 peritoneal mesothelioma was treated with multiple rounds and types of chemotherapy, including Gemzar (gemcitabine) for six months.

“It didn’t do much,” she recalled. “Only made the ascites [abdominal fluid buildup] reduced and made it stable, but not enough for the surgery.”

The following medication, Cisplatin, was even tougher on Emanuel’s body. According to Gina, after he was given the first dose, he was admitted to the hospital due to medically induced deafness and hives. The extremely high dose was too much for his body to handle, and he was taken off the medication. Thankfully, some of his hearing returned, however, he never regained 100% functionality.

After the grueling six months of Cisplatin, Emanuel was able to undergo the debulking surgery recommended by his doctors. The 10-hour procedure included the use of a hot chemotherapy wash, which lasted 45 minutes. Following a period of recovery, he again underwent chemotherapy, radiation and other therapies in the hopes of achieving stable disease.

Sadly, the cancer continued to progress and eventually metastasized into his lung.

“I was draining his lung almost every three hours,” Gina said of the ordeal.

Emanuel’s experience, living for four-and-a-half years with the disease, while short, was sadly still above average for the time. Typically, fewer than 10% of patients achieve 5-year survival. However, since then, emerging treatments are beginning to increase mesothelioma patient life expectancy.

Life After Losing Your Loved One 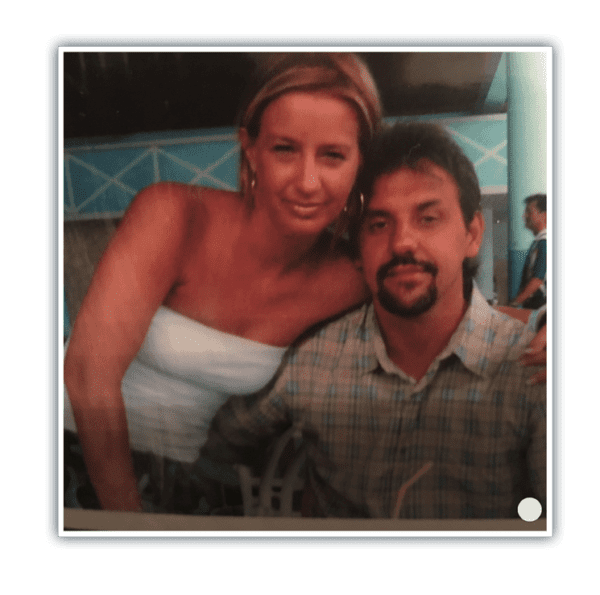 Gina Martucci and Emanuel Costa on the last vacation they took before his diagnosis.

Not knowing what these more modern treatments might have done for Emanuel is one of the many things that haunt Gina.

“I feel some days I could have done more for him or maybe another treatment could have been available for him,” she said.

Today, Gina still researches what else could have helped her have more time with her high school sweetheart. Their 16 years of marriage was blissful. Life since his passing has been difficult, as the family tries to grapple with what asbestos took away from them.

Gina is trying to channel that pain into something positive by spreading the knowledge she’s gained from Emanuel’s experience. She urges those working in asbestos-related fields, like mechanics and those working in the Canadian mines, to empower themselves with the facts or leave the profession.

Her message to the caregivers, whose struggle she knows so well, is simple, “Stay strong and pray.”

It is this strength and prayer, along with the medical intervention, that Gina credits for giving her as much time as she had with her husband.

“My husband was given six months to one year and he survived four years,” Gina said. “So there is some kind of hope out there.”

While she believes that Canada could be doing more for asbestos victims, including mesothelioma research to find more impactful treatments, she hasn’t given up hope. She told Mesothelioma.com, “I know one day there can be a cure.”