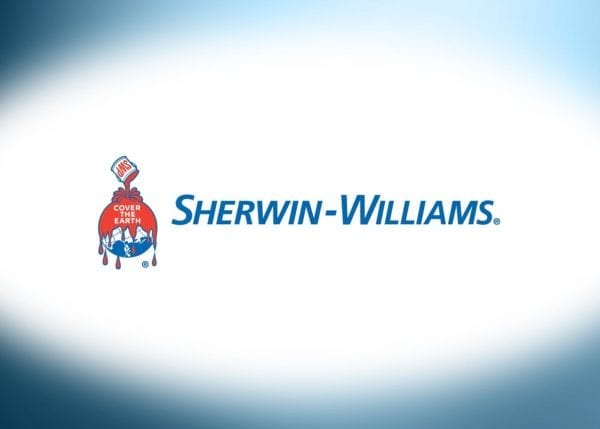 Sherwin-Williams Company History of Asbestos Use

Sherwin-Williams Company is considered a pioneer in the paint industry. Henry A. Sherwin, the company’s founder, worked as a bookkeeper for Truman Dunham & Company in the early 1860s upon settling in Cleveland, Ohio. The company specialized in home decor supplies, paints, varnishes and window glass. Sherwin became a partner in 1866.

The company purchased its first factory in 1873 in Cleveland, Ohio, where it manufactured paints, oil colors and putty. Sherwin-Williams continued to make paint and other building and painting materials for several years before innovating in the industry. Sherwin-Williams first introduced its ready-mixed paint, known as “Painter’s Prepared,” in 1880. Before this new product, pre-mixed paint wasn’t prevalent in the industry. The company grew quickly in the following years.

In the early 1900s, Sherwin-Williams flourished, acquiring many companies to meet the increasing demand for its paint and building products. The companies it acquired during this time included Martin-Senour Company, an automotive paint company, and Acme Quality Paint Company. These acquisitions helped the company establish new plants in cities like Chicago, Illinois and Oakland, California.

As Sherwin-Williams continued to innovate within the paint and building materials industries, it incorporated asbestos into its products. Through the company’s various acquisitions and growth, the use of Sherwin-Williams products also increased rapidly, leaving thousands of consumers at risk of asbestos exposure.

The 1940s and World War II led to a profitable time for Sherwin-Williams, as it was able to aid in wartime efforts. The company provided camouflage paints and even built a new plant in Carbondale, Illinois to load aerial bombs, anti-tank mines and shells for the war. Following its wartime efforts, Sherwin-Williams continued to grow in reach and profits, putting more workers and consumers in danger of asbestos exposure.

The company later faced mounting litigation for its asbestos- and lead-containing products, including paint, varnishes, cement filler and roof sealing materials. Sherwin-Williams still faces lawsuits today for its asbestos materials, which it pays out through its own funds, as it never had to file for bankruptcy or establish a trust fund.

Sherwin-Williams, who is most well-known for its paint, was also known to use toxins in its various products. Lead-containing paint was thought to be the greatest concern among Sherwin-Williams products, but the company also faced issues with incorporating asbestos and asbestos-contaminated talc in its building materials.

Claims have been filed against Sherwin-Williams for its paint products, which are reported to have contained asbestos and talc to improve their fireproofing and heat-resistant qualities. This included varnishes, paints and other products.

The company also manufactured asbestos into roof coating in order to help roofs withstand the elements of rain, snow, hail and even UV rays from the sun. When the coating breaks down or the roof requires maintenance or replacing, fibers become airborne and can thus expose individuals.

Sherwin-Williams products containing asbestos include, but are not limited to, the following:

Many occupations were exposed to asbestos from Sherwin-Williams products. Among the most at-risk occupations include individuals who worked with roofing materials.

Roofers who worked with asbestos-containing roof coating often inhaled asbestos fibers during installation, as well as during repairs or removal. Since roof coatings break down over time, any materials disturbed during maintenance work could release asbestos fibers into the air.

Construction and demolition workers were also commonly exposed to asbestos when making repairs on cement materials that were filled with Sherwin-Williams’ asbestos-containing cement block filler. Filler was used to close gaps between cement blocks, brick, stucco or other materials. Although the asbestos fibers made the filler durable, they can become airborne and inhaled by workers upon sanding, demolishing or repairing the surfaces.

Have a Question About Asbestos Exposure and Sherwin-Williams Company?

Sherwin-Williams has been mentioned in thousands of lawsuits for its asbestos-containing products like block fillers and roof coating. The company is often named as a co-defendant among other companies that were also known to have used asbestos. One such case was a high-profile lawsuit involving actor and professional athlete Merlin Olsen.

Olsen, who claimed he was first exposed to asbestos as a child working on a construction site, filed a lawsuit against dozens of companies after being diagnosed with mesothelioma in 2009. He also claimed he was exposed when working with drywall as an adult, as well as other instances throughout his life. Olsen initially included NBC in his lawsuit, claiming he was exposed while on the set of Little House on the Prairie, as well as his NFL broadcasts. NBC was dropped from the case, as an investigation proved it was unlikely the company was to blame for Olsen’s exposure.

Ultimately, the jury found ten companies at fault for Olsen’s mesothelioma. The companies that reached mesothelioma settlements did not provide Olsen with proper safety equipment, test the air for the hazardous mineral, properly convey the risks of asbestos or properly ventilate the areas where asbestos was found. They settled for an undisclosed amount in 2011.

Sherwin-Williams does not have an established asbestos trust fund as a result of its mounting asbestos litigation. The company currently uses its own funds to settle asbestos-related personal injury and wrongful death claims, and Sherwin-Williams is still mentioned in lawsuits today.