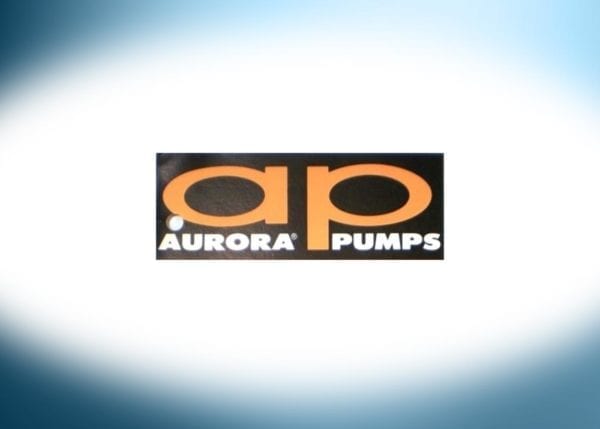 Aurora Pump Company gets its name from Aurora, Illinois, where it still operates today. Founded in the early 1900s, the company was created by three young engineers: Louis Bodinson, William Todd and Emil Shopbach.

Initially, Aurora Pump Company manufactured single cylinder, double cylinder, double plunger and deep well reciprocating pumps. The three men had high hopes for the company, but weren’t able to realize them. They were forced to file for bankruptcy after the competition in the pump industry hurt their profitability.

Aurora Pump Company was sold numerous times during its asbestos use. In 1937, the founders sold the company to Frank Main and Lionel Claypool, after experiencing a period of poor sales during the Great Depression. However, the new owners continued to see low sales. At certain points, profits were so low that the pair had to sell the product for scrap in order to pay employees. The few pumps that did sell were used throughout the Southwest to rebuild after the Dust Bowl.

The tough early years under Main and Claypool were followed by prosperity throughout World War II. During the war, many companies used asbestos in their products as a cheap way to increase durability, strength and fire-resistance.

The company continued to flourish thanks to the renewed business interest during and after World War II. The United States Army and Navy utilized the company’s asbestos pumps, especially on bases, ships and submarines. Aurora Pump Company products even received Army and Navy awards.

Aurora Pump Company was sold to General Signal Company in the late 1960s, and its products continued to contain asbestos until 1985. In 1997, it was sold to Pentair Pump Group, Inc., which remains its parent company today.

Aurora Pump Company’s products were used widely due to their longstanding history and presence in the pump system industry. The company manufactured asbestos-containing products as early as 1927. Its products were utilized by a number of industries for numerous applications, including aboard ships during World War II.

Asbestos-containing materials proved to be resistant to fire and heat, making them useful in high-heat areas such as pump rooms and in pump systems. Unfortunately, when asbestos fibers undergo maintenance work or deteriorate over time, fibers can become airborne, which leads to dangerous exposure.

Due to the various instances in which Aurora Pump Company’s products were used, many occupations experienced asbestos exposure. Navy veterans are among the most at-risk. The confined spaces in pump rooms did not allow for adequate airflow, so any airborne fibers could become more concentrated, exposing those working in the pump rooms and throughout the ship.

Other occupations such as firefighters, construction workers and other trades that frequently handle asbestos products are at a high risk of exposure. As a result of this dangerous exposure, individuals can develop asbestos-related diseases like mesothelioma.

Have a Question About Asbestos Exposure and Aurora Pump Company?

Aurora Pump Company continues to face lawsuits as a result of decades of asbestos use. Individuals who were exposed to the company’s asbestos-containing products on the job or as consumers have named Aurora Pump Company in many personal injury lawsuits. The company continues to face new lawsuits today. If you believe you or a loved one was exposed, learn how a mesothelioma lawyer can help.

One such case was filed by Reuben Fitzgerald and Delores Fitzgerald in 2017. The Fitzgeralds named Aurora Pump Company, Borg-Warner Morse Tec LLC and other companies in their personal injury lawsuit. Reuben Fitzgerald developed colon cancer as a result of almost 50 years of occupational asbestos exposure. The plaintiffs claimed the aforementioned companies were aware of the risks of asbestos. Despite knowledge of the risks, Aurora Pump Company and the other companies continued to include the mineral in their products, inadequately conveyed the risks and failed to provide proper handling instructions.

Despite Aurora Pump Company’s asbestos litigation, the company has not filed for bankruptcy or established an asbestos trust fund. The company currently compensates victims through their parent company, Pentair Pump Group, Inc., and the payouts typically depend on the claimant’s individual case.