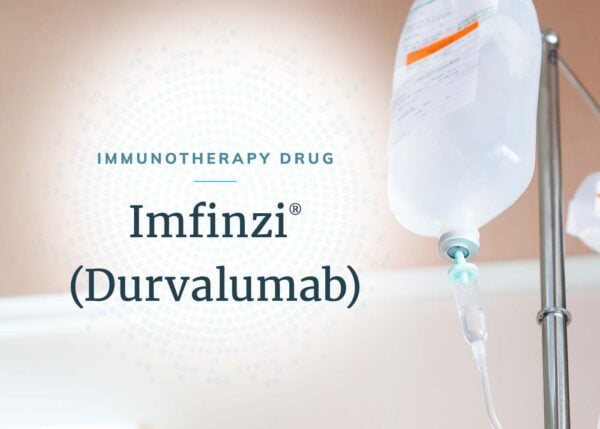 What Is Imfinzi (Durvalumab)?

Currently, Imfinzi does not have FDA approval to treat mesothelioma. However, some mesothelioma patients may receive this drug through clinical trials.

How Does Imfinzi (Durvalumab) Treat Mesothelioma?

Imfinzi is similar to two other immunotherapy drugs, Opdivo® (nivolumab) and Keytruda® (pembrolizumab). All three drugs target the PD-1/PD-L1 immune checkpoint. However, Opdivo and Keytruda both block immune cells from participating in the checkpoint.

Imfinzi takes a different approach. It blocks cancer cells from participating in the checkpoint. Blocking the checkpoint from either side allows immune cells to fight cancer.

Currently, Imfinzi does not have FDA approval to treat mesothelioma. Researchers continue to test its efficacy through mesothelioma clinical trials.

Imfinzi does not have FDA approval to treat mesothelioma. As such, it does not have a drug it is commonly associated with to treat pleural mesothelioma. However, doctors have investigated Imfinzi in a phase II clinical trial. Trial patients underwent treatment with Imfinzi and tremelimumab.

Patients who received this combination during the clinical trial achieved a median survival of 16.6 months. Patients can speak with their provider to see if Imfinzi is an option for them. A mesothelioma doctor can help patients understand the drug’s potential benefits and risks.

Imfinzi is FDA-approved to treat qualified patients for certain lung cancers. Doctors can recommend Imfinzi for:

Asbestos exposure can cause lung cancer and other types of cancer. A doctor may determine that treatment with Imfinzi is an option for some patients. Patients can discuss any treatment options with their doctor.

What to Expect During Treatment

There is no standard Imfinzi treatment for mesothelioma. However, patients may expect an experience similar to the procedures used in clinical trials. A recent phase II trial tested Imfinzi and tremelimumab on mesothelioma patients. During the trial, patients went through two separate phases.

The second phase was a maintenance phase. This phase included a single dose of 20 milligrams of Imfinzi per kilogram of weight. Patients received one intravenous dose each month until a doctor determined treatment should stop.

Preparing for Your Appointment

Before beginning immunotherapy, patients may want to talk to their doctors about preparing their bodies and immune systems for treatment. Each cancer center may have different guidelines for what patients should do before they begin treatment. However, general guidelines include:

On the day of the first infusion, patients may want to arrange for transportation until they know how they will react to the treatments. Patients can discuss concerns about their specific treatment with their healthcare team.

Clinical trials of Imfinzi have revealed some survival and incidental benefits. During one clinical trial, Imfinzi was paired with tremelimumab. Researchers found that this combination of checkpoint inhibitors may benefit patients. The study found the following survival data:

Checkpoint inhibitor treatments may have other benefits compared to radiation and chemotherapy. Other reported Imfinzi benefits include:

Patients interested in receiving Imfinzi for mesothelioma can speak with their doctors. The doctor can provide relevant information to each individual’s case.

05. Side Effects of Imfinzi

All cancer treatments have the potential to cause side effects. Imfinzi and other checkpoint inhibitors may cause reactions because of their effects on the immune system. Side effects will also vary from person to person and depend on multiple factors.

Potential Side Effects of Imfinzi (Durvalumab)

Side effects associated with Imfinzi, in the order of frequency, include:

Imfinzi allows T cells to attack other cells they would normally ignore. As a result, the T cells can attack cancer cells. However, the T cells may also attack healthy cells.

One study showed that 85% of patients reported some type of side effect with Imfinzi and tremelimumab. Of those, only 8% had immune-related side effects severe enough to stop treatment. Overall, researchers found that most side effects were manageable.

Some common side effects with immunotherapy include:

Patients can work with their healthcare team to monitor for side effects. If side effects occur, doctors can help patients manage them.

Patients may have side effects when receiving treatment using Imfinzi. Patients can speak with their cancer care team to let them know of any new symptoms as soon as they appear.

Side effects can vary across patients and in severity. Patients can have mild to severe side effects, which can show up at any time during treatment. The care team will watch the patient throughout treatment.

If side effects appear, the care team may choose to pause treatment to give the patient’s body time to heal. Severe side effects may mean patients need to stop treatment completely. A doctor can help patients manage side effects, but the doctor and patient generally work together to identify them.

Who Is Eligible for Imfinzi (Durvalumab)?

Imfinzi does not have FDA approval to treat mesothelioma. Thus, eligibility criteria for mesothelioma patients have not yet been determined. To be eligible, patients may need to qualify for a clinical trial that includes Imfinzi treatment.

Some adult patients may be eligible if they have ES-SCLC. The approved treatment includes a combination of Imfinzi, etoposide and either carboplatin or cisplatin.

Clinical Trials and Studies on Imfinzi (Durvalumab) for Mesothelioma

Researchers completed a phase II trial of Imfinzi and tremelimumab in 2018. This study started with 40 participants in 2015. It included patients with pleural or peritoneal mesothelioma that could not be surgically treated.

After an initial round of the immunotherapy duo, eligible patients could receive a second treatment. The trial tested chemotherapy and immunotherapy in the second round. Results included:

A phase III clinical trial is underway. This trial will compare two different treatments. The first is a platinum-based chemotherapy drug and pemetrexed. The second option adds Imfinzi to the same regimen. The trial is expected to finish in 2025.

Patients interested in taking part in a clinical trial can discuss it with their doctors. 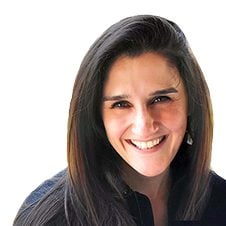