As of March 9, 2015, Metex Manufacturing Corp., formerly known as Kentile Floors Inc., is accepting asbestos-related personal injury and death claims through a trust established under Chapter 11 of the United States Bankruptcy Code. Per the trust’s website, the Initial Claim Filing Date is September 9, 2015. All claims filed with the Trust between March 9, 2015 and September 9, 2015 will be deemed filed with the Trust on the Initial Claim Filing Date and will be processed in the order stipulated by the Trust’s Distribution Procedures.

Over the course of the 20th century, Kentile Floors Inc. would become an industry leader in the United States in commercial and residential flooring specializing in floor tiles. Unfortunately, many of the composite tiles the company manufactured that were used in homes and businesses throughout the country included significant amounts of asbestos. Exposure to the asbestos contained in Kentile tiles would eventually lead to the development of debilitating and, in some cases, deadly diseases in tens of thousands of Americans.

Kentile Floors Inc. would file for Chapter 11 on November 20, 1992 after being named in thousands of asbestos-related lawsuits for personal injury and wrongful death. After unsuccessfully attempting to sell its operations, the company liquidated its assets in 1993. Kentile’s reorganization plan was confirmed on December 15, 1998 and it emerged from bankruptcy under the new name Metex Manufacturing Corp. Metex would take on Kentile’s asbestos liabilities and through settlement or dismissal, resolved over 10,000 asbestos-related lawsuits over the next decade. By 2012, the costs of defending and resolving additional claims became too substantial so Metex filed for Chapter 11 on November 9th of that year.

As part of the new reorganization plan, the Metex Asbestos PI Trust Distribution Procedures outlines the Trust’s payment procedures for the thousands of active and inactive asbestos-related claims as well as any future claims. The Trust Distribution Procedures, or TDP, recognizes 8 Scheduled Disease levels ranging from minor asbestos disease, asbestosis, and pleural disease to the most serious and life-threatening asbestos-related disease, mesothelioma. If significant past exposure to asbestos-containing Kentile products can be proven, based on the disease level of the claimant, the Trust will pay out a scheduled value with the most severe diseases receiving the largest payments. The scheduled value amounts have been calculated with the goal of paying all past and current claims equitably while assuring funds will exist to pay all expected future claims.

If you or a loved one has been diagnosed with mesothelioma or any other asbestos-related disease due to exposure to a Kentile product, consult an attorney to learn more about filing a claim with the Metex Asbestos PI Trust. 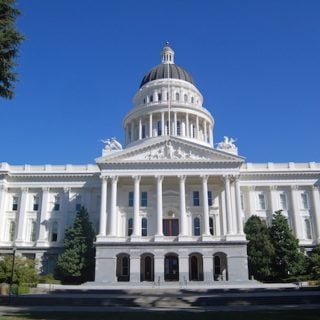