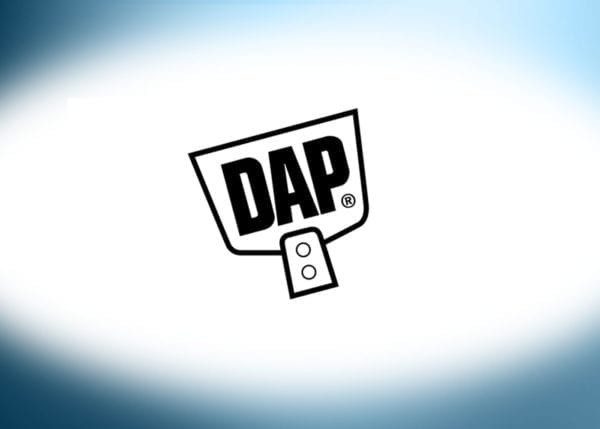 DAP, Inc. History of Asbestos Use

DAP began in 1865 with Robert H. Dicks and Elmer Wiggim. The two men made a sealing wax, which was in high demand due to the popularity of food canning at the time. In 1906, Dicks bought out Wiggim and created Dicks-Pontius Company with George Pontius. Dicks’ son took over the business when his father passed away and expanded the company to also produce putty and caulk in bulk.

In 1957, Dicks-Pontius Company merged with the Armstrong Company, forming Dicks-Armstrong-Pontius, or DAP. With success in marketing and product development, the newly formed company sparked the industry’s involvement with caulks and sealants in disposable cartridges. They continued to develop new product ideas and in 1964 came out with latex caulking compounds, followed by acrylic latex technology in 1970.

By 1980, the company was a leader in silicone technology, marketing a complete line of silicone sealants. DAP was acquired by USG Industries, formerly known as United States Gypsum Corporation, in 1987 and later taken over by RPM International, the current owner.

From the early 1900s to the mid and late 1970s, asbestos was used in many products. This includes adhesives, sealants and other silicone products, such as the caulks and putty produced by DAP, Inc. The company continued to use asbestos in their products until 1977, despite knowledge of asbestos exposure risks. As with many other asbestos companies, profits were prioritized over risk, and asbestos was a cheap and accessible mineral that aided their financial growth.

The main reason that asbestos was used in sealant products was for durability. Since asbestos is highly fibrous, the interlocking fibers were ideal for helping products bond together and for offering strength. Construction products like wall putty or piping caulk also benefited from the heat resistance and fireproofing capabilities of asbestos.

Some of the most common products produced by DAP that have been under speculation for containing asbestos include:

The United States Department of Health and Human Services has cited over 100 DAP products within its Household Product Database for containing harmful toxins, such as asbestos. They note that the products in question shouldn’t be chipped, scraped, sanded, drilled or sawed.

Damaging or wearing down the product could create asbestos dust, making the fibers susceptible to inhalation or ingestion. If inhaled or ingested, asbestos can cause asbestos-related diseases, such as malignant mesothelioma. Such practices and other contact with DAP materials have led to a series of claims against the company, many of which have resulted from exposure on the job.

Though DAP claims to have stopped using asbestos in 1977, a 2007 study from the Asbestos Disease and Awareness Organization claimed otherwise. They assert that DAP’s 33 Glazing Compound and Crack Shot Spackling Paste still contained the carcinogen. RPM, the parent company of DAP, denied this accusation.

Those that produced DAP products or worked with DAP products are at risk of developing asbestos illnesses as a result of exposure. DAP caulks, sealants and silicone products were used frequently in the construction industry, affecting many different occupations.

Even though DAP halted use of asbestos in the late 1970s, their products still exist in older buildings and homes. Over time, caulk, putty and sealants face natural wear and tear and start to crumble or chip away, potentially releasing asbestos fibers into the air. They can also be disturbed during renovations, repairs and demolition projects, continuing to put occupants and workers at risk.

Have a Question About Asbestos Exposure and DAP, Inc.?

RPM Industries, the parent company of DAP, Inc. has faced thousands of lawsuits throughout the past few decades as cases of mesothelioma and other asbestos illnesses emerge. Claimants attest that their diagnosis came as a result of producing or working with DAP products. Some lawsuits are seeking compensation for a diagnosis from secondhand exposure. If you believe you or a loved one was exposed, learn how a mesothelioma lawyer can help.

RPM Industries has paid out over $200 million in asbestos claims. In 2008, the company reported that they were involved in more than 11,000 active asbestos-related lawsuits. Mesothelioma, in particular, has a long latency period. Symptoms can take 10 – 50 years to emerge after the time of exposure. As a result, cases against DAP continue to arise.