Mesothelioma and Asbestos Exposure in Utah 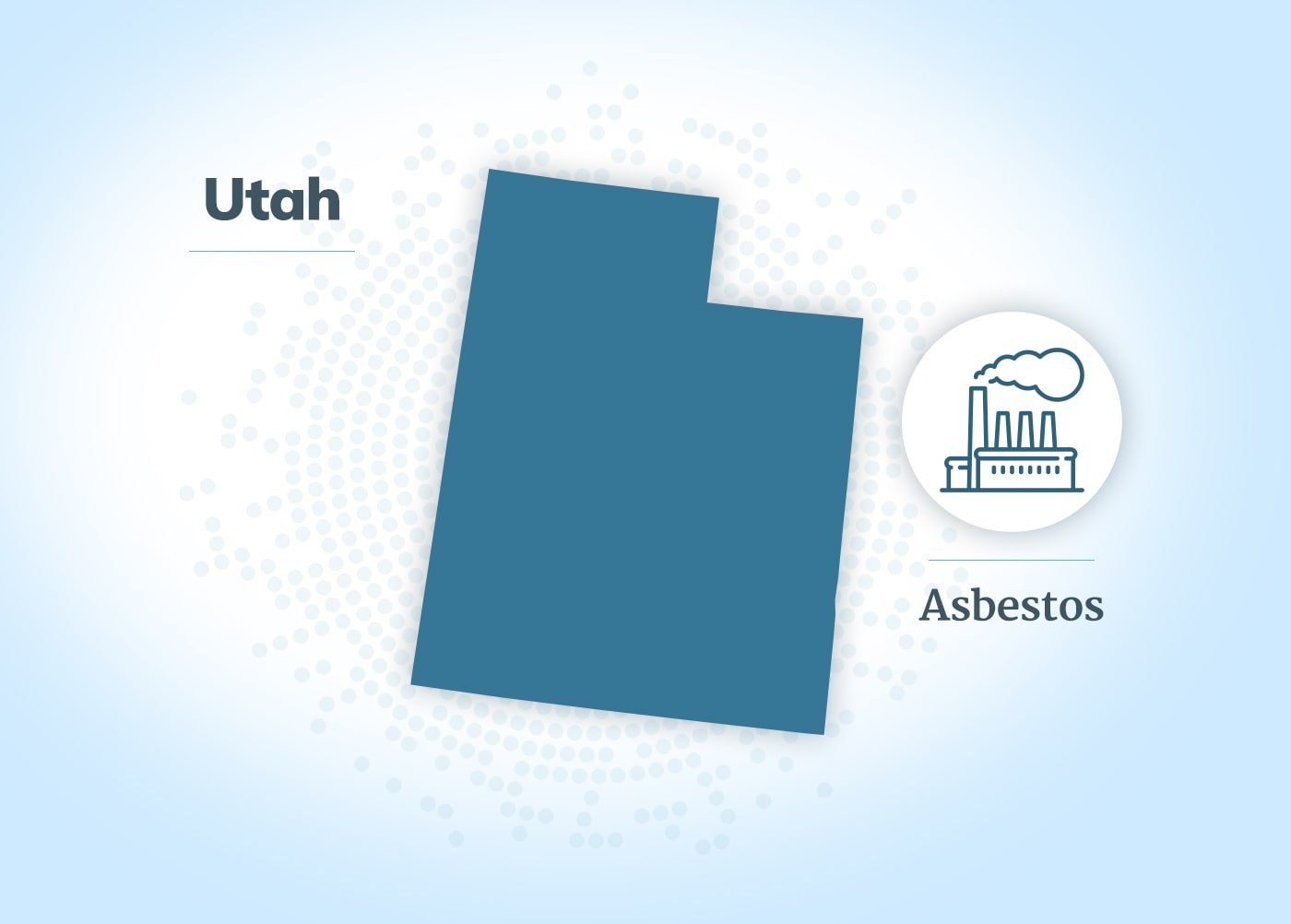 Asbestos Use in Utah Work Environments

Utah has several industries that employed asbestos throughout the course of their operations, including oil, chemical plants, and mining.

The oil industry is notorious for its use of asbestos, which was used in storage tanks, pipes, and elsewhere to stop fires that might break out around the highly flammable liquids. Perhaps the biggest culprit in Utah was the Standard Oil refinery in Salt Lake City, the state capital. Other oil companies known to have exposed workers to deadly asbestos include the American Oil Company, Amoco, Chevron, and the Utah Oil Refining Company.

The chemically stable nature of asbestos makes it resistant to a wide variety of chemical reactions, and chemical plants would use asbestos-fiber filters and other asbestos products in their daily operations. DuPont Chemical is perhaps the best-known company in this industry working in Utah, but others that employed asbestos include Stauffer Chemical, Chevron Chemical, and National Lead & Chemical.

Utah is home to a number of precious metal and base metal mines throughout the state, where miners and others may have been exposed to asbestos either occurring naturally at the mine sites or in the machinery and tools they used to extract the commodities from the ground. Asbestos was also used in the heat-intensive process of smelting and refining the extracted metal ores. Some of the locations that exposed miners, smelters, and other employees to asbestos include Bingham Consolidated Mining and Smelting Company, Kennecott Utah Copper (Kennecott Minerals Co.), the Empire Mining Company, and Little Bell Consolidated Mining Company.

Questions About Mesothelioma and Asbestos Exposure in Utah?

Without any major access to waterways, Utah does not have any shipyards, but a number of facilities across the state have been placed on the EPA’s Superfund list, including at least one with a history of asbestos exposure.

Situated on a 460-acre plot of land in Midvale, UT, the Sharon Steel Corporation operated from 1906 until the early 1970s. Over that period of time, the site processed a wide variety of base metals, including copper, lead, and zinc, among others. The EPA listed the site more than 30 years after smelting operations ceased due to decades of contamination that had leaked into the water and soil around the area. In addition to removing chemicals and waste from the smelting process, the EPA found a large amount of asbestos-containing materials that had to be taken away.

Provided below is a list of cities in the state of Utah where asbestos use in the workplace is known to have occurred. Click on a city below to see more detailed information about the specific job sites where asbestos exposure occurred.

Beyond the major cities and towns in Utah, asbestos exposure has also occurred at a number of other job sites. Select a town to see the list of its work sites where asbestos exposure occurred. Asbestos exposure at any one of the sites revealed could put a worker at risk to develop pleural mesothelioma.