The Environmental Protection Agency (EPA) has matched funds from the City of Pickens to clean up asbestos around the popular Doodle Trail. The Brownfield Grant will also be used to generally improve the area around the trail.

“Crews will be going in and taking out any material that contains asbestos,” said environmental consultant for the city Tice Welborn.

The safe handling and removal of asbestos is important due to the toxic properties of the substance. Asbestos is a known carcinogen. When in good condition, it doesn’t present a hazard. When worn or damaged, it’s a great risk to the health and safety of humans.

The entire Doodle Park Project in South Carolina will cost $1.2 million, but the grant is for around $152,000. In fact, over the 20-year period from 1980 to 2000, 634 South Carolinians died from asbestos disease with mesothelioma victims accounting for slightly more than half.

Pickens is about 30 miles away from Greenville, which has a history of manufacturing and industrial roots that place the city in a high-risk category for asbestos exposure.

According to Welborn, “They [EPA] saw what has already been done with the trail itself already being constructed.” The City of Pickens found asbestos in the rail depot two years ago and applied for the grant.

According to mesothelioma survivor Heather Von St. James, there’s been concern over the EPA cutting funds with the current Trump administration.

In 2012, the Trump tweeted: “If we didn’t remove incredible powerful fire retardant asbestos & replace it with junk that doesn’t work, the World Trade Center could never have burned down.” Tons of asbestos were used and rained down all over Manhattan when the Twin Towers fell.

The EPA is working hard on the Doodle Trail project. A playground, workout stations, and a farmer’s market are in the works.

Trail user Trey Cox says, “Just having a place to go is awesome. I think it’ll bring more business to the area for sure, give people something to do in Pickens.”

The project groundbreaking will commence this Friday. 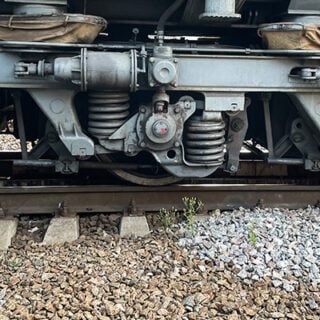