Mesothelioma and Asbestos Exposure in Idaho 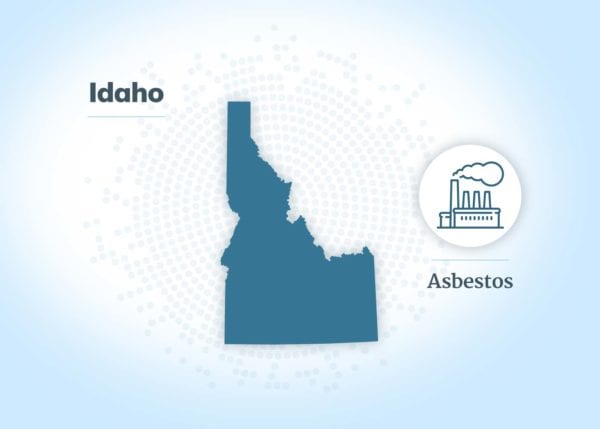 Idaho residents and visitors could risk exposure to asbestos at work, home, or in publicly accessible buildings.

With its strong agricultural and industrial history, Idaho workers have a strong chance of encountering asbestos throughout their lifetimes.

Although known primarily for its potatoes, Idaho is also home to a number of other agricultural concerns. Some of these farms and facilities have been known to expose their employees to asbestos through the use of agricultural fillers and other asbestos-containing materials. Some such jobsites were operated by the Utah-Idaho Sugar Company, Amalgamated Sugar Company, and Carnation Milk Products Company. Asbestos was heavily used in parts of agricultural machines, food transportation vehicles, and food processing plants.

At one time, the U.S. Department of Energy maintained the Idaho National Laboratory as a research facility for nuclear energy, and the state’s history with atomic power has led to much of what people know today about this form of alternative energy. Given the high amount of heat and electricity produced at a nuclear plant, large amounts of asbestos have been used as an insulator against both. Companies like the A.E.C. Atomic Plant in Idaho Falls, U.S. Atomic Energy Corporation in Arco, and the Westinghouse Idaho Nuclear Company in Scoville, among others, are all known to have exposed their workers to the dangers of asbestos.

Although not its largest industry, steel production is another way that many people in Idaho have been exposed to asbestos. Western Steel, Bunker Hill Smelter and Gate City Steel are all locations where steelworkers have experienced asbestos exposure as a part of their daily lives.

With large swaths of forest, Idaho has contributed to the nation’s lumber and paper industries. The Potlatch Corporation’s forest near Lewiston is just one of a number of sites where employees and visitors were known to have experienced asbestos exposure. Other such sites include the Boise Cascade Paper Mill and the Pulp Mill Warehouse.

Questions About Mesothelioma and Asbestos Exposure in Idaho?

Idaho is not home to any shipyards, but there is at least one location on the EPA’s Superfund list that has required cleanup due to the presence of asbestos and other hazardous materials. Other locations have also put people at risk of asbestos exposure throughout the state.

A one-acre plot of land about three miles outside of Rathdrum, Idaho, this waste oil recycling facility site was operated from about 1960 until it was abandoned in the early 1980s. While the EPA’s primary concern at the facility was the oil sludge and solvents used as part of the recycling process, it also became clear during the cleanup that there was a significant asbestos hazard at the site. Workers, and later cleanup specialists, were exposed to asbestos in the machinery and oil containers, which was used to prevent or contain any fires that might break out at the plant.

Learn more about asbestos exposure in the major towns and cities of Idaho by clicking on the links below. If you worked at any of the jobsites highlighted on these pages, there is a possibility that you may have been exposed to asbestos which is known to cause the terminal cancer mesothelioma.