Asbestos Exposure and Mesothelioma in Wyoming 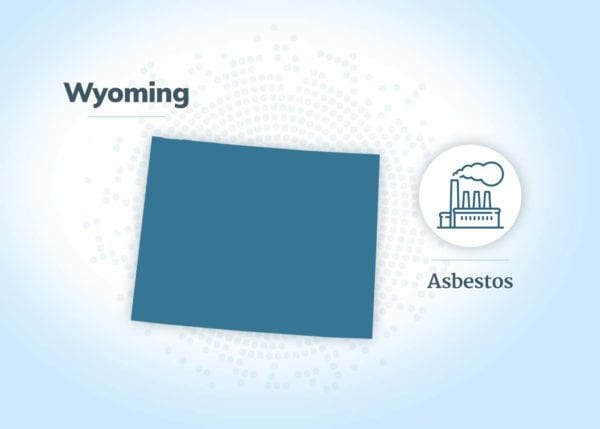 Asbestos Use Across Wyoming Industries

Wyoming’s economy largely relies on oil, an industry known to be especially dangerous with its asbestos use. Other industries within the state have also put workers at risk of exposure.

Wyoming is home to an abundance of petroleum, making the state a hotspot for refineries. Refineries can be found all over the state, including in Cheyenne where Frontier Refining Company and Husky Oil Company are located. The oil industry used massive amounts of asbestos in constructing their facilities and in their machinery, to protect the equipment and workers from the possible fires. Its heavy use means thousands of oil refinery workers are at risk for developing mesothelioma later in life.

For many power plants, asbestos was commonly used for boilers and insulation to protect equipment and facilities from potential fires. Asbestos insulation was also common in these plants to protect against the heat and electricity created from power generation. Hot Springs Light and Power Company in Thermopolis, Black Hills Power and Light Company in Wyodak, and Pacific Power Company in Green River are among the power plants known to have caused asbestos exposure.

Allied Chemical Plant and Stauffer Chemical Plant, among several others in the state, have been documented as asbestos exposure sites. Both chemical plants focused on the production of soda ash, which is critical for many other industries including inexpensive glass production. Since Wyoming has many trona deposits, which is an ore used to make soda ash, along the Green Basin shoreline, many chemical plants popped up in the state to take advantage of the natural resource. Because asbestos could not only resist high heat but also most chemical reactions, it became a standard material in many of these chemical plants.

The University of Wyoming received a violation from the Department of Environmental Quality in 2009 after failing to properly conduct inspections for asbestos. As a result, buildings on campus were bought by a Laramie resident and removed for a construction project which resulted in asbestos contamination. After removal, the site wasn’t cleaned up properly and an inspection a few months later showed some asbestos remained. The school took action to clean the site soon after the asbestos was discovered.

Questions About Mesothelioma and Asbestos Exposure in Wyoming?

Beyond the major cities and towns in Wyoming, asbestos exposure has also occurred at a number of other job sites. Select a town to see the list of its work sites where asbestos exposure occurred. Asbestos exposure at any one of the sites revealed could put a worker at risk to develop pleural mesothelioma.