A recent study in India examined the efficacy of two different methods of peritonectomy combined with chemotherapy for peritoneal mesothelioma. Previous clinical trials noted success in combining this type of surgery with heated chemotherapy, extending patient survival. In this latest study, researchers sought to compare the two methods of peritonectomy. In doing so, they observed patients’ life expectancy and quality of life.

Patients with peritoneal mesothelioma and other abdominal cancers may undergo a peritonectomy as part of treatment. This is a surgery that removes the lining of the abdomen (peritoneum).

Both methods of peritonectomy are often used in combination with a type of chemotherapy called hyperthermic intraperitoneal chemotherapy (HIPEC). This is a standard treatment for peritoneal mesothelioma that involves applying heated chemotherapy into the abdominal cavity.

A study conducted at the Manipal Comprehensive Cancer Center in India tested the efficacy of both methods of peritonectomy combined with HIPEC. The combination treatment was administered to patients with peritoneal malignancies, including peritoneal mesothelioma. Researchers aimed to assess the remission and survival rates of both sets of patients to determine which surgery was more effective over the course of four years.

While the complete peritonectomy poses an increased risk of complications, data showed its long-term efficacy was more favorable than the partial peritonectomy.

Not all patients are eligible for this surgery, as patients with stage 3 or stage 4 cancer may be in poor health and unable to withstand the potential side effects. However, a complete peritonectomy may be a viable option for patients with stage 1 or stage 2 peritoneal mesothelioma, as the tumors are typically localized to the peritoneum.

Although the study shows a promising multimodal treatment, patients should discuss viable treatment options for their individual case with their healthcare team. This can help them better understand the benefits and risks of each procedure. 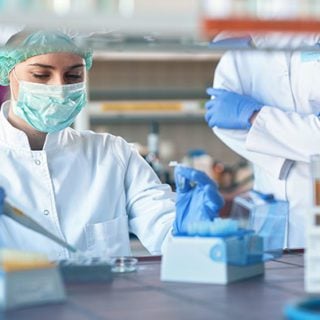 Three Benefits of Telemedicine in Cancer Care and Mesothelioma