For many patients who fall ill, hope arrives swiftly in the form of treatment options that promise to eradicate whatever disease from their body. However, there are those patients who receive the news that no one wants or plans to hear: There is no cure. A disease that cannot be cured or that is likely to end someone’s life is known as a terminal illness, and the sufferer is a terminal patient.

Terminal illness most commonly refers to conditions such as cancer and other advanced-stage diseases like heart disease. According to the Centers for Disease Control and Prevention, heart disease and cancer claim the lives of 596,577 and 576,691 Americans each year, respectively.

Terminally-ill patients are usually given no more than six months to live, though this standard estimation is often arbitrary as prognosis depends on a number of variables. While there is no cure for a terminal illness, there are palliative treatments that can reduce pain and other symptoms caused by the disease.

After receiving a terminal diagnosis, patients generally experience an evolution of feelings akin to the grieving process: shock and disbelief, anger, guilt, depression, and finally, acceptance. Each patient manages their disease differently, whether they choose to treat it aggressively to prolong their life, palliatively to improve their quality of life, experimentally in the hope of unexpected success, or not at all — it all depends on the current medical research and the patient’s perspective.

Managing The Toll of a Terminal Diagnosis

Be Open to Faith & Community

For Heather Von St. James, a 10-year survivor of mesothelioma, holding on to hope and faith is instrumental to her survivorship. Diagnosed with a rare, incurable disease that was previously thought to only afflict older men, Heather went through the normal stages: shock, fear, denial. She was given less than a year to live, but after learning about all of her treatment options, she made the decision to fight back. After an aggressive surgery, chemotherapy and radiation therapy, she clung to hope, faith, and community. 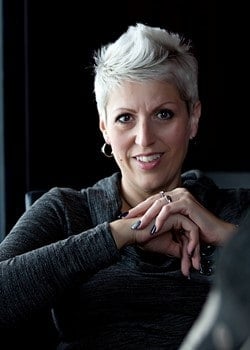 Fifteen years ago, if you told me what I would face and what would happen, I would never have thought I could make it through. But I didn’t do it alone. I had the love and support of my husband every step of the way. Family and friends were there in my darkest times, and most importantly, I had my faith.

Lee Gerdes, a three-year survivor of inoperable, non-small cell aggressive lung cancer, admits that his life completely changed after he was diagnosed. He experienced a traumatic reaction to his diagnosis, where his brain went into a dramatic parasympathetic (freeze response) dominance. He then lived through the exhausting side effects of aggressive chemotherapy and radiation. He says, however, that he “wouldn’t trade [his] experience for anything.” 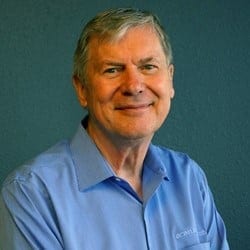 While he often contemplates the statistics of surviving his diagnosis, where only 5% of patients survive for 5 years, he credits his ability to live through his diagnosis to his faith.

I had only the choice of faith or despair. I chose faith. Life is now a positive and exciting great journey for me as a person of deep faith. I do wonder why I didn’t have this before, but believe that cancer helped me have it now.

Maryann Karinch, who was diagnosed at 61 with an unusual form of uterine cancer that was cured, made the conscious decision to “let cancer enhance my life rather than disrupt it.” By embracing a new perspective, Karinch says she enjoys new found patience, the ability to laugh at trivial annoyances, a better love life, and gratitude. She also believes in the healing power of intimate relationships. 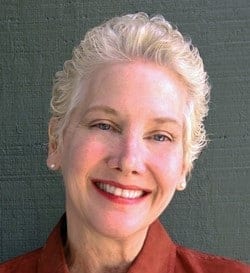 Medical science is impressive, but it will help most of all when you open yourself to emotional connections. You stimulate your immune system when you allow yourself to share deep feelings of caring with someone, or something. Don’t forget that your cat or dog is one of your best friends, too!

For two-time breast cancer survivor Caryn Sullivan, most recently diagnosed with metastatic stage IV disease, it’s important to be an active patient and “control what I can control — my lifestyle.” Sullivan’s cancer diagnoses helped her become, in other ways, a healthier person. “While I believe in the medical community and follow directions of my doctors, I also […] take care of myself holistically.” She professes that she was able to find a kind of hope that worked for her when she decided to move forward and change her lifestyle. 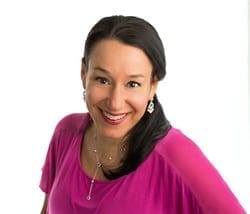 Figure out with friends and family what is your “new normal.” There is a lot of hope in the medical and natural communities. Look into avenues that make you comfortable and happy. Hopefully, the positivity and good health practices will help you feel wonderful and prolong your life….You need to embrace the new normal and find a way to make it okay.

Balance the Positive and Negative

Tina, diagnosed with acute myelogenous leukemia (AML) when she was 33 years old, emphasizes the importance of cultivating positive thoughts, but also allowing yourself to have the negative ones, too. Living with her disease, she says she wasn’t “upbeat and positive” nor did she have a “negative mindset.” Instead, she was “annoyed, but certain about a positive outcome.” 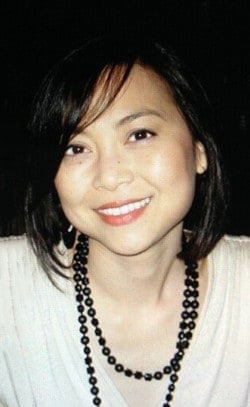 I know it may be difficult to not have negative thoughts, but do your best to stay positive. It’s okay to be annoyed, but don’t be negative. Figure out how you are going to live out your dreams so you have something to look forward to.