The primary risk factor for mesothelioma is exposure to asbestos. However, genetic factors also can play a part in determining who develops the disease.

While large numbers of people may have been exposed to asbestos through their jobs or living situation, a significantly smaller number go on to develop mesothelioma. Scientists believe that this susceptibility to mesothelioma is due to mutations of a gene, a specific section of DNA known as BAP1.

The Link Between BAP1 and Mesothelioma

The BAP1 gene is linked not only to mesothelioma, but also other forms of cancer including melanoma, breast cancer, ovarian cancer, pancreatic cancer, and renal (kidney) cancer. This gene first came under scrutiny when researchers noticed individuals with family histories of mesothelioma had mutations on or around the BAP1 region, and researchers have honed in on this gene as a risk factor of this dangerous cancer.

A 2011 National Cancer Institute study evaluated two families with histories of mesothelioma. Upon genetic examination, researchers found that every family member who had either mesothelioma or melanoma had mutations in the BAP1 gene. Furthermore, those who had BAP1 mutations survived longer than those who did not display these mutations. Tumors from 25% of this group also had mutations on this gene. At the time, more research needed to be conducted in order to understand genetic links to cancers.

Four years later, another group of researchers examined BAP1 mutations in participants, who were divided into three groups:

Out of all the participants, 6% of those with mesothelioma and familial histories of cancer had mutations of the BAP1 gene. These mutations were of two kinds: missense and frameshift mutations.

Other Familial Connections to Mesothelioma

Another similar study took this association between familial cancers and mesothelioma one step further. In this study, researchers found that mesothelioma was linked to kidney and bladder cancers in siblings. There were no links between spouses, which could be another area for further research.

In any event, the fact that multiple studies have shown familial links with respect to the development of mesothelioma provides researchers with direction to pursue additional studies. The associations between the BAP1 gene as well as kidney and bladder cancers should be explored in further research.

Where to Take Mesothelioma Research Next

These recent studies have shed some much needed light on the genetic links of mesothelioma.

One new avenue for early detection and treatment is gene therapy. There are a few ways to apply this therapy to mesothelioma, including replacing or inactivating the malfunctioning gene, or introducing a new gene to help fight mesothelioma. Another way to use gene therapy would be to introduce a virus containing a gene which would instruct the immune system to then attack the mesothelioma cancer cells.

Unfortunately, gene therapy is an extremely risky treatment. As examined above, changing the genetic code of a living being can have dire consequences, with cancer and cancerous tumors arising from a disrupted or edited genetic code. Gene therapy would only be used for as such is diseases with no cures. Currently, gene therapy is a possible treatment, but more research is in order to determine how safe it is for mesothelioma and other cancer treatments.

Multiple studies have shown that BAP1 is a strong risk factor for mesothelioma. As a genetic factor, it is difficult to combat. Currently, individuals will be screened for BAP1 for early detection and treatment. In the future, we can expect to see gene therapy for individuals affected not only with mesothelioma, but with other cancers and diseases with genetic risk factors. 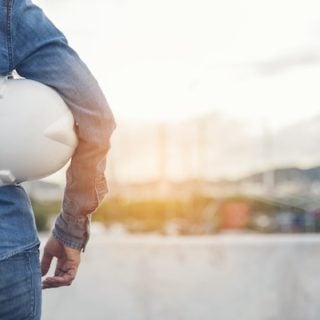